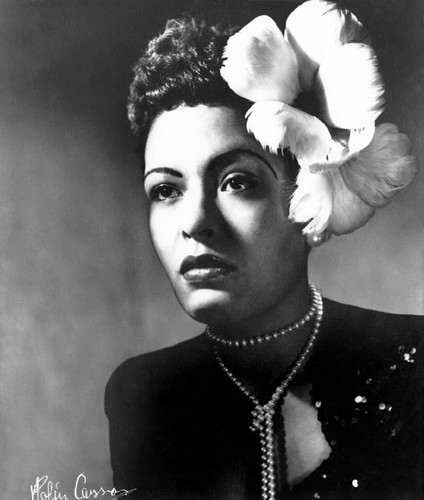 Last month, the ABC ran a program about a song written by a Communist. Of course, neither the ABC nor the program's maker Joel Katz emphasised that particular fact.

Indeed, Communists don't usually get praised as artists in the bourgeois media unless they have shown evidence of abandoning their political position. Funny that.

The song in question was Strange Fruit, the number popularised by Billie Holiday. Time called it simply, "The best song of the century".

That it was written by a Communist was neither accidental nor incidental. Strange Fruit is a harrowing song about a lynching (the bodies hanging from the tree are the "strange fruit").

In the '20s, '30s and '40s, lynchings of Blacks, union organisers and "Bolsheviks" were commonplace occurrences in the US, especially in the South. They were part of the right-wing's tactics of terror.

The Communists, themselves victims of this terrorism, were among its fiercest and most assiduous foes. They campaigned to arouse awareness of the evils of lynching through the civil rights movement, the labour movement and every available political forum.

One of those Communists was a Jewish New York City high school teacher of Russian immigrant origin named Abel Meeropol. In his spare time, Meeropol was a poet and composer who wrote under the name Lewis Allan.

In a 1930 civil rights magazine Meeropol came across a photograph of a ghastly lynching. The photo haunted him, and he was moved to write a poem about the scene.

As befits a Communist poet, Meeropol's poem was powerful indictment of inhumanity. He said later: "I wrote Strange Fruit because I hate lynching and I hate injustice and I hate the people who perpetuate it."

Originally titled Bitter Fruit, it was published in the Communist cultural journal New Masses in 1936. The poem was set to music by Meeropol and sung by his wife Anne at Communist Party functions and other progressive gatherings.

It became popular within the Left, taken up by such notable Left singers at the time as Josh White and Laura Duncan. In 1939 Meeropol introduced the song to black female singer Billie Holiday.

Holiday was then a regular performer at Cafi Society, one of the very few integrated nightclubs in New York, serving Black, as well as White, customers. Its management's approach and line-up of artists (and their material) had a decidedly anti-rich and progressive, anti-corporate, anti-plutocrat outlook.

This outlook reflected the growing Left upsurge of the time, the result of the Communist-led movement against war and fascism, the Communist-led development of industrial unionism and Communist influence on the arts and culture generally.

Strange Fruit became a staple in Billie Holiday's career. In fact, she made it her own to such an extent that in her autobiography Lady Sings the Blues she actually claims to have written the song!

She was however a courageous as well as talented artist, who popularised the song, singing it regularly and frequently, despite ferocious attacks on her in the capitalist press (as well as by many record executives and promoters) for giving prominence to such a political song.

In the '30s and '40s, the Communist Party was an influential part of US political life. Billie Holiday and artists like her performed at rallies for Ben Davis, the Communist councilman from Harlem.

Holiday's life exemplified the racist atmosphere that made lynching conceivable. Although her vocal style is considered to be one of the most vivid musical manifestations of personality ever achieved, she had to struggle to gain recognition.

With no technical training, she created beautiful and sophisticated musical effects, her diction being unique and her phrasing inimitable. Most memorable of all was an acute dramatic intensity that rendered the most banal lyric profound.

Nevertheless, she faced constant racist humiliation and degradation, including the questioning of whether she "understood" the Strange Fruit. To others it was clear that she understood it only too well.

Journalist and author Vernon Jarrett wrote: "She impressed me as someone who had also been wronged, as if she'd been lynched herself in some fashion or another. There was a sense of resignation, as if 'these people are going to have power for a long time and I can't do a damn thing about it except put it in a song' ...

"To me, that was part of the whole lynch syndrome, the lynching of the body and the spirit put together. That's the way her face looked when she sang that."

Tony Bennett said, "When you listen to her, it's almost like an audio tape of her autobiography. She didn't sing anything unless she had lived it."

Black American drummer Max Roach said that "when she recorded it [Strange Fruit], it was more than revolutionary; she made a statement that we all felt as Black folks".

Abel Meeropol's other best known composition is The House I Live In, about the multi-cultural mix of the USA, sung with irony and power by Paul Robeson and with patriotic fervour by Frank Sinatra. Abel and Anne Meeropol are also known for having adopted the orphaned children of Julius and Ethel Rosenberg in 1953. (ver: Bigroaphies of key figures in the trial of Julius and Ethel Rosenberg)

Southern trees bear strange fruit,
Blood on the leaves and blood at the root,
Black bodies swinging in the southern breeze,
Strange fruit hanging from the poplar trees.

Pastoral scene of the gallant south,
The bulging eyes and the twisted mouth,
Scent of magnolias, sweet and fresh,
Then the sudden smell of burning flesh.

Here is fruit for the crows to pluck,
For the rain to gather, for the wind to suck,
For the sun to rot, for the trees to drop,
Here is a strange and bitter crop.

The house I live in,
The friends that I have found,
The folks beyond the railroad
and the people all around,
The worker and the farmer,
the sailor on the sea,
The men who built this country,
that's America to me.

The words of old Abe Lincoln,
of Jefferson and Paine,
of Washington and Jackson
and the tasks that still remain.
The little bridge at Concord,
where Freedom's Fight began,
of Gettysburg and Midway
and the story of Bataan.

The house I live in,
my neighbors White and Black,
the people who just came here
or from generations back,
the town hall and the soapbox,
the torch of Liberty,
a home for all God's children,
that's America to me.

The house I live in,
the goodness everywhere,
a land of wealth and beauty
with enough for all to share.
A house that we call "Freedom",
the home of Liberty,
but especially the people,
that's America to me.

But especially the people--that's
the true America...