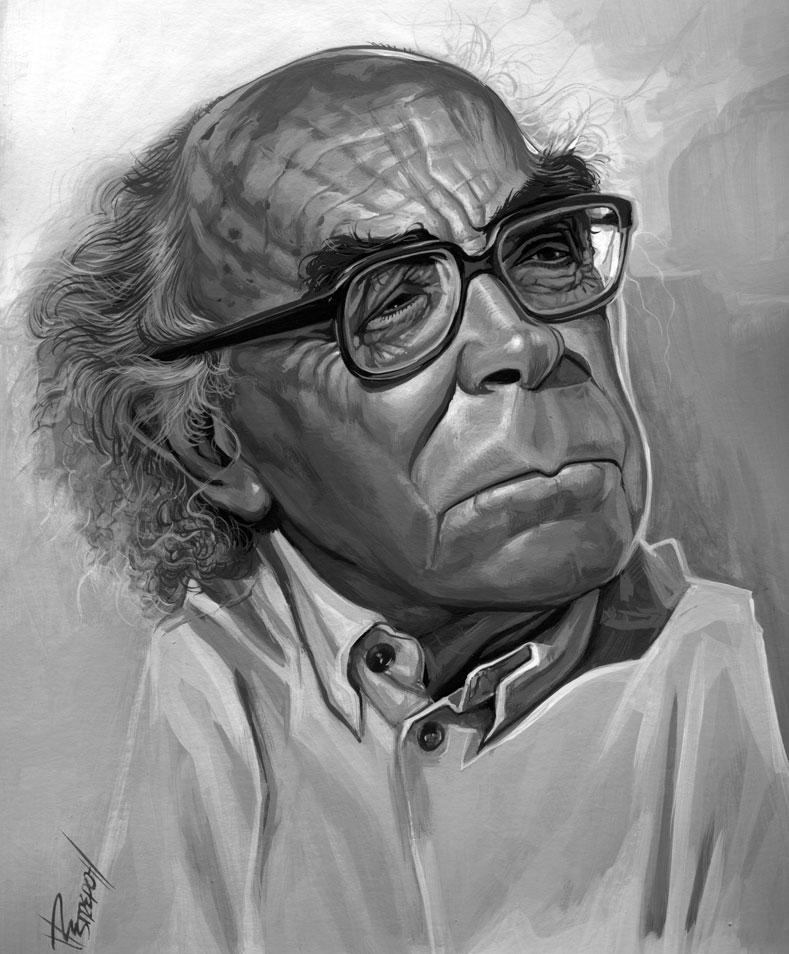 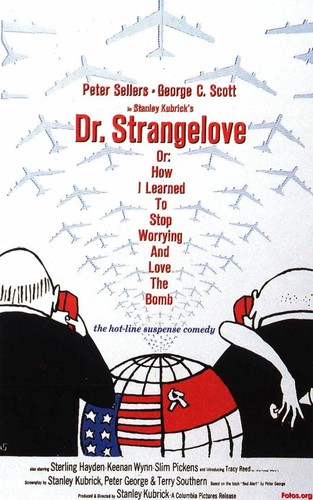 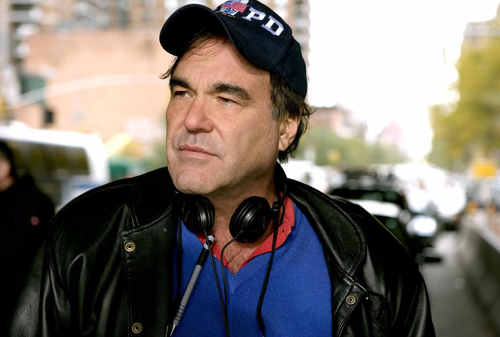 Dr. Strangelove: Sir! I have a plan!

[standing up from his wheelchair] 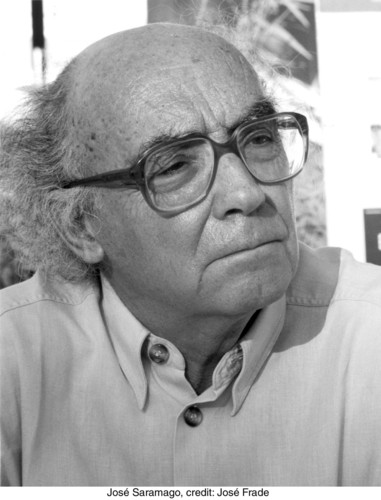 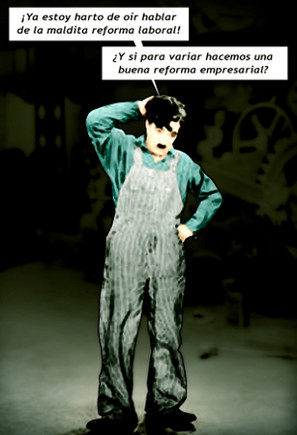 A Jewish Barber: I'm sorry, but I don't want to be an emperor. That's not my business. I don't want to rule or conquer anyone. I should like to help everyone if possible; Jew, Gentile, black man, white. We all want to help one another. Human beings are like that. We want to live by each other's happiness, not by each other's misery. We don't want to hate and despise one another. In this world there is room for everyone, and the good earth is rich and can provide for everyone. The way of life can be free and beautiful, but we have lost the way. Greed has poisoned men's souls, has barricaded the world with hate, has goose-stepped us into misery and bloodshed. We have developed speed, but we have shut ourselves in. Machinery that gives abundance has left us in want. Our knowledge as made us cynical; our cleverness, hard and unkind. We think too much and feel too little. More than machinery, we need humanity. More than cleverness, we need kindness and gentleness. Without these qualities, life will be violent and all will be lost. The airplane and the radio have brought us closer together. The very nature of these inventions cries out for the goodness in men; cries out for universal brotherhood; for the unity of us all. Even now my voice is reaching millions throughout the world, millions of despairing men, women, and little children, victims of a system that makes men torture and imprison innocent people. To those who can hear me, I say, do not despair. The misery that is now upon us is but the passing of greed, the bitterness of men who fear the way of human progress. The hate of men will pass, and dictators die, and the power they took from the people will return to the people. And so long as men die, liberty will never perish. Soldiers! Don't give yourselves to brutes, men who despise you, enslave you; who regiment your lives, tell you what to do, what to think and what to feel! Who drill you, diet you, treat you like cattle, use you as cannon fodder. Don't give yourselves to these unnatural men - machine men with machine minds and machine hearts! You are not machines, you are not cattle, you are men! You have the love of humanity in your hearts! You don't hate! Only the unloved hate; the unloved and the unnatural. Soldiers! Don't fight for slavery! Fight for liberty! In the seventeenth chapter of St. Luke, it is written that the kingdom of God is within man, not one man nor a group of men, but in all men! In you! You, the people, have the power, the power to create machines, the power to create happiness! You, the people, have the power to make this life free and beautiful, to make this life a wonderful adventure. Then in the name of democracy, let us use that power. Let us all unite. Let us fight for a new world, a decent world that will give men a chance to work, that will give youth a future and old age a security. By the promise of these things, brutes have risen to power. But they lie! They do not fulfill that promise. They never will! Dictators free themselves but they enslave the people. Now let us fight to fulfill that promise. Let us fight to free the world! To do away with national barriers! To do away with greed, with hate and intolerance! Let us fight for a world of reason, a world where science and progress will lead to all men's happiness. Soldiers, in the name of democracy, let us all unite! Hannah, can you hear me? Wherever you are, look up Hannah! The clouds are lifting! The sun is breaking through! We are coming out of the darkness into the light! We are coming into a new world; a kindlier world, where men will rise above their hate, their greed, and brutality. Look up, Hannah! The soul of man has been given wings and at last he is beginning to fly. He is flying into the rainbow! Into the light of hope, into the future! The glorious future, that belongs to you, to me and to all of us. Look up, Hannah. Look up!

The Prosecutor: Never, never in the history of jurisprudence have such terrifying deeds been brought to light. Gentlemen of the jury, you have before you a cruel and cynical monster. Look at him!
[all heads turn to face Verdoux, who turns around himself to look behind.]
The Prosecutor: Observe him, gentlemen. This man, who has brains, if he had decent instincts, could have made an honest living. And yet, he preferred to rob and murder unsuspecting women. In fact, he made a business of it. I do not ask for vengeance, but for the protection of society. For this mass killer, I demand the extreme penalty: that he be put to death on the guillotine. The State rests its case.
Judge: Monsieur Verdoux, you have been found guilty. Have you anything to say before sentence is passed upon you?
Henri Verdoux: Oui, monsieur, I have. However remiss the prosecutor has been in complimenting me, he at least admits that I have brains. Thank you, Monsieur, I have. And for thirty-five years I used them honestly. After that, nobody wanted them. So I was forced to go into business for myself. As for being a mass killer, does not the world encourage it? Is it not building weapons of destruction for the sole purpose of mass killing? Has it not blown unsuspecting women and little children to pieces? And done it very scientifically? As a mass killer, I am an amateur by comparison. However, I do not wish to lose my temper, because very shortly, I shall lose my head. Nevertheless, upon leaving this spark of earthly existence, I have this to say: I shall see you all...very soon...very soon.

Nobel Prize-winning playwright Harold Pinter, who has died at the age of 78, strongly opposed the war in Iraq, calling it ''a bandit act.'' In a speech he gave in Sweden, he said President George W Bush and UK Prime Minister Tony Blair should be tried as war criminals for instigating the invasion.

The invasion of Iraq was a bandit act, an act of blatant state terrorism, demonstrating absolute contempt for the concept of international law. The invasion was an arbitrary military action inspired by a series of lies upon lies and gross manipulation of the media and therefore of the public; an act intended to consolidate American military and economic control of the Middle East masquerading - as a last resort - all other justifications having failed to justify themselves - as liberation. A formidable assertion of military force responsible for the death and mutilation of thousands and thousands of innocent people.

We have brought torture, cluster bombs, depleted uranium, innumerable acts of random murder, misery, degradation and death to the Iraqi people and call it 'bringing freedom and democracy to the Middle East'.

How many people do you have to kill before you qualify to be described as a mass murderer and a war criminal? One hundred thousand? More than enough, I would have thought. Therefore it is just that Bush and Blair be arraigned before the International Criminal Court of Justice. But Bush has been clever. He has not ratified the International Criminal Court of Justice. Therefore if any American soldier or for that matter politician finds himself in the dock Bush has warned that he will send in the marines. But Tony Blair has ratified the Court and is therefore available for prosecution. We can let the Court have his address if they're interested. It is Number 10, Downing Street, London.

Early in the invasion there was a photograph published on the front page of British newspapers of Tony Blair kissing the cheek of a little Iraqi boy. 'A grateful child,' said the caption. A few days later there was a story and photograph, on an inside page, of another four-year-old boy with no arms. His family had been blown up by a missile. He was the only survivor. 'When do I get my arms back?' he asked. The story was dropped. Well, Tony Blair wasn't holding him in his arms, nor the body of any other mutilated child, nor the body of any bloody corpse. Blood is dirty. It dirties your shirt and tie when you're making a sincere speech on television.

«THE Nato war is a bandit action, committed with no serious consideration of the consequences, confused, ill thought, miscalculated, an act of deplorable machismo. Yet, according to opinion polls most British people support this war, believing we may have a moral duty to intervene and the moral authority to do so.

What is moral authority? Where does it come from? How do you achieve it? Who bestows it upon you? How do you persuade others that you possess it? You don't. You don't have to bother. What you have is power. Bombs and power. And that's your moral authority. »